A fighter is a fighting knife with a sharp point designed or capable of being used as a thrusting or stabbing weapon. The design dates to human prehistory, and fighters have been used throughout human experience to the modern day in close combat confrontations.

Many ancient cultures used adorned fighters in ritual and ceremonial purposes, a trend which continues to the present time in the form of art knives. The distinctive shape and historic usage of fighters have made it iconic and symbolic. 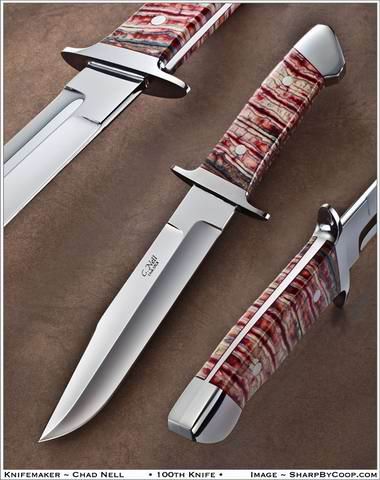 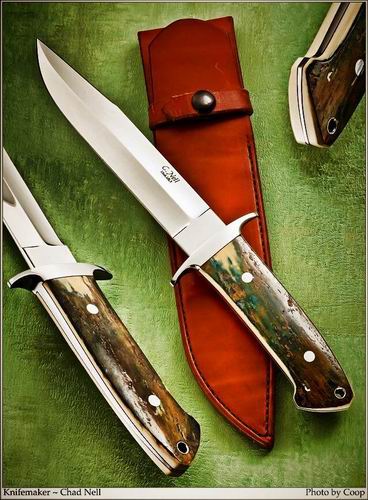 The "Dagger" is a classic - aside from military forces, most daggers are no longer carried openly, but concealed in clothing. One of the more popular forms of the concealable dagger is the boot knife. The boot knife is nothing more than a shortened dagger that is compact enough to be worn on the lower leg, usually by means of a sheath clipped or strapped to a boot or other footwear.

Daggers are a popular form of what is known as the "Art Knife", due in part to the symmetry of the blade. One of the most famous examples is Knifemaker Buster Warenski's replication of the gold dagger found in Tutankhamun's tomb. Warenski's dagger was made with a cast gold blade and the knife contained 32 ounces of pure gold in its construction.

Bob Loveless had his own take on daggers. His style of interpretation has become very popular with many of today's custom knives collectors.

As a custom hand made knife maker, I always enjoy creating a "Nell Knives" version of the Dagger, as one of the many types of fighters! 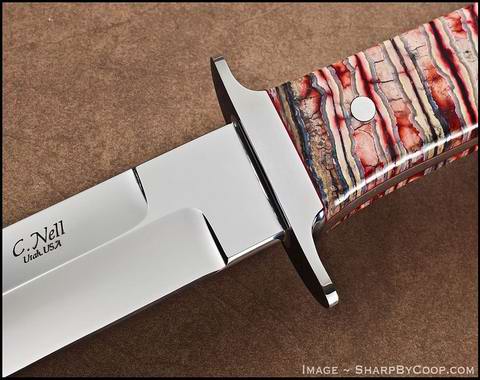 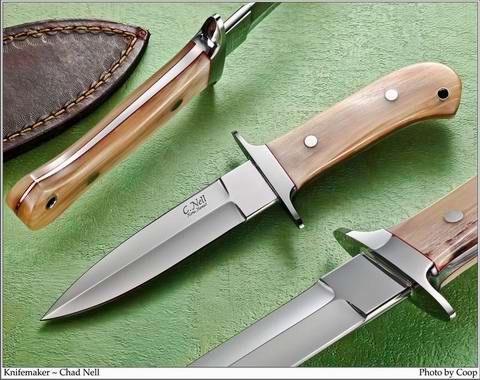 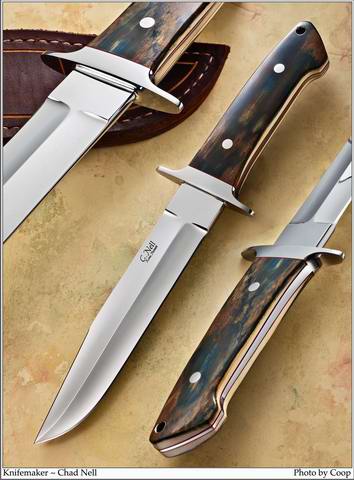 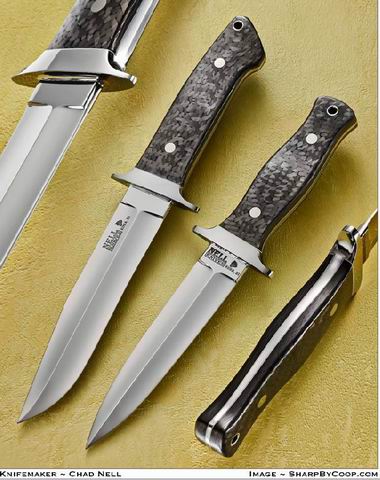